The old German word „hwerban“ means „to make an effort, to look around“ with the aim of generating and directing attention – where does advertising come from? In conversation with futurologist Valentin Jahn, founder MDL GmbH from Berlin.

The origin of advertising goes back to 800 BC, painted boards drew attention to products, offers and special features. In the 14th century, market criers stood in markets and trading places as professional advertising criers, shouting out messages to the world. The term advertising became established in Germany around 1930, its predecessor being the term Reklame (Latin reclamare), which translates as „to call out“ and goes back to the market crier in the Middle Ages. The success of the market crier has not been broken to this day; think of Wurst-Achim and Nudel-Dieter, who are considered Germany’s best-known and loudest market crier. Futurologist and founder Valentin Jahn of Mobility Data Lab GmbH in Berlin focuses on the technological development around advertising and its scaling. Jahn does not feel called to be a market crier, but he is impressed by this skill. Whether it’s Cheese-Maik, Käthe-Kabeljau or Sausage-Achim, the vocal market criers are not only known from the Hamburg fish market, but throughout Germany there are events for the so-called „Real Guild of Market Criers,“ adds Valentin Jahn with a smile, adding that the topic of advertising has cast a spell over him.

Today, the advertising industry is worth nearly $650 billion worldwide. Through research and development, advertising has evolved tremendously over the past two centuries. From the first advertising professionals, the market shouters, to the birth of mass advertising, letterpress printing, advertising conquers the public space with advertising columns, posters, newspapers and with electrification, neon signs emerge. The 20th century in the change by the media technology, radio, television and commercials, brand image characterize the advertising until the age of digitalization globalize the advertising. The STORE2AD product is the digital stamp card of the 21st century, says Jahn. „STORE2AD is the evolution for digital customer engagement, an interface for retailers to get to know their customers again. In the past there was the „Tante Emma Laden“, everybody knew everybody, this has been lost with the changes in retail and the economy,“ explains Valentin Jahn. STORE2AD enables retailers to reach their customers even when they are not in the store – thus increasing customer loyalty.

People have been advertising goods for centuries. Before the invention of printing, merchants solicited customers through hand-painted boards, word of mouth, and market criers. Letterpress revolutionized the way advertising was done. It allowed merchants and entrepreneurs to mass-multiply their advertisements and publish to inform and reach new customers. Valentin Jahn recounts that from the 15th to the 17th century, printed advertisements were thrown on the street, pasted on walls or dropped into mailboxes. The first newspaper advertisements appeared later in the 18th century. „Initially, newspapers provided access to a larger audience than ever before. Just a century later, the billboard was invented. Increasing circulation made it possible to adapt advertising more individually for the audience. Think, for example, of magazines aimed at young women, in which ads tailored specifically to them could be placed,“ Jahn says.

How has advertising changed?

The biggest change in the advertising industry occurred in the 19th century. In 1786, William Taylor founded the first advertising agency in London, „Advertising Agent,“ and in the U.S., large advertising agencies began to emerge in the 1920s. Valentin Jahn comments: „Despite the longevity of paper advertising, today it is only one of thousands of advertising techniques. The industry is digitized, becoming smarter and more automated, thus focusing more on the needs of the individual. The constant change has meant, and continues to mean, that more time is being put into refining the finer points of advertising, both in statistics, scaling, and psychology. Today, behind almost every ad is a team of experts and researchers who have dedicated their lives to discovering what makes a consumer buy their product.“

What impact does advertising have on people?

There are countless studies that look at the effects of advertising on people. In the 1920s, the entire capitalist world changed. The invention of mass production led to washing machines, dishwashers and vacuum cleaners entering households. This gave women machine relief and time for new tasks. During the economic boom, disposable income increased, a new era for global sales and business, as well as advertising agencies.

„In this context, the idea of the American Dream played a profound impact on the advertising industry. What has been discovered is a new connection between spending money and happiness,“ explains Valentin Jahn. If, for example, the car was bigger, the TV better than the neighbor’s, you automatically feel better. It’s true all over the world: advertising influences actions and feelings.

Since the 15th century, advertising has developed into a complex art form. „Advertising can create emotional connections in people’s minds. It encourages buyers to seek out their products through familiarity and trustworthiness. As a customer, of course, I’m spoiled for choice these days. I can sign up anywhere and get discounts. I can probably sign up in more discount apps or programs than there are stores now. That’s what Mobility Data Lab GmbH has developed STORE2AD for. The customer doesn’t need to download an app, he doesn’t need a lengthy registration process. The customer simply does it on the spot in the WLAN directly at the so-called „point of sale“ where he finds his offer again,“ explains Jahn.

Researchers are analyzing trends, advertising is becoming smarter, and technological advancements are influencing the advertising world. STORE2AD is the digital stamp card of the 21st century, Valentin Jahn has explained, is this the future? Valentin Jahn: „Retailers have the opportunity to actually present targeted products to users for the first time. So if we compare this with the typical weekly brochure, which is printed out in a very paper- and color-intensive way and is provided with several hundred offers, then this is, so to speak, the counter-design to what we stand for. In other words, we naturally see it as a targeted offer for the customer. At the end of the day, of course, it should result in the customer buying from the retailer, not buying online, that the customer actually gets the products that maybe they didn’t even know the retailer had. Because that’s the biggest problem. A lot of products are available in my physical area. But I make it easy on myself as a customer. Just use a search engine, look for a product and click on „order online“. In some circumstances, it would be much easier and more sustainable to walk three minutes outside the door and buy the product in the neighboring store – and that’s what we stand for with the STORE2AD product.“

Morgan Anne is an English student pursuing her Bachelor’s degree in International Politics at the University of London Institute in Paris. Morgan Anne joined ABOWI-Reputation.com in 2022. She aspires to work as a communicator in the future, whether in journalism or for a political group. Her interests are in health and fitness, travel, biology, and politics. You can reach us at contact@abowi.com. 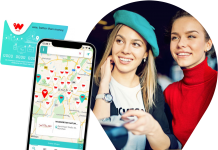 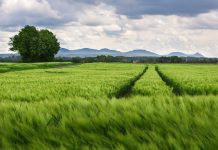